Path of the Great Victory 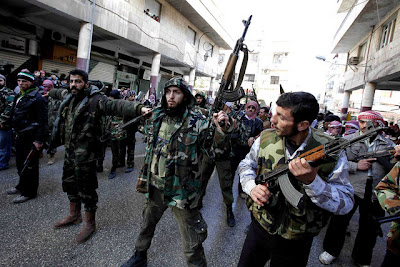 BEIRUT, Lebanon — The Syrian military’s ability to fight rebels and hold territory has steadily eroded, forcing it to cede the job of running many checkpoints to paramilitary groups, give up a provincial city last week without much of a fight and even enlist the top state-appointed Muslim cleric as a recruiter.
…

The expanse of Syria is now a patchwork, where the government retains at least a partial grip on most major cities but where the rebels have extended their authority across a growing swath of the north and northeast.

Dozens of soldiers, cornered at a remote northeastern border post, recently fled into , where allies of the rebels eventually killed them. Around the country, numerous funerals for Syrian soldiers take place each day, not only sapping the military’s manpower but also cutting into its support and resolve, analysts say.

In Washington, James R. Clapper Jr., the director of national intelligence, appeared before the Senate Intelligence Committee on Tuesday and submitted written testimony saying that “the erosion of the Syrian regime’s capabilities is accelerating.” While the Syrian government has kept rebels from fully seizing the three largest cities, he said, “it has been unable to dislodge them” from their footholds there.
…
Much of the Syrian Army remains well organized and capable, he said, with a far more effective command and control structure than the highly motivated but loosely structured rebel coalition it faces. 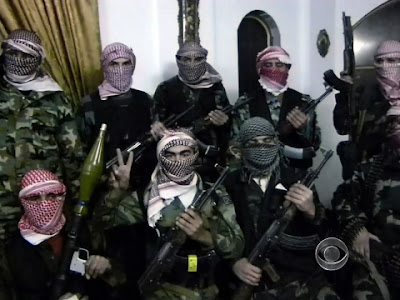 But, he said, its soldiers “rely morally and psychologically on something like a truce, like surrender, like destroying the enemy, and in this kind of war you are not really able to measure your success.”
…
A group calling itself the Coalition of Free Alawite Youth pushed back on Tuesday, offering an alternative for Alawites who do not want to take up arms. It invited them to flee to , promising that “within a few days, we will secure free accommodation for them with a monthly salary that will shield them from humiliation.” 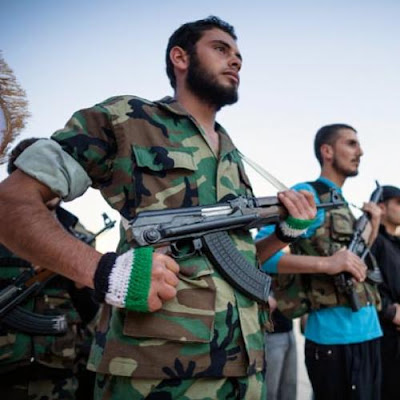 Now the heroes FSA, immensely motivated revolutionary must be untied, put aside all their differences to the dream-goal beating this inhuman criminal Assad his regime, sake of the great victory,  bring Syrian back to  live from amid of destruction, must be united!