Once IT manager in Texas, now top Syrian rebel 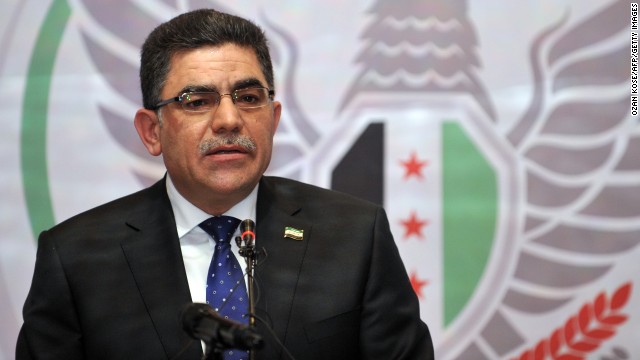 "At a time when there's so much baggage in the , they need an outsider. He's an outsider in the sense of no political loyalties."

Hitto has Kurdish heritage, one of the ethnic minorities in diverse .

The general view about the civil war is that the al-Assad government is dominated by Alawites, and Sunni Arabs represent much of the opposition membership. But there are many more groups in , ethnic and religious, and questions of allegiance or nonallegiance can be complicated and fluid. The choice of Hitto suggests that the opposition is working to be inclusive.
…
Read more

Posted by Young Sun Kim-Walker at 4:07 AM