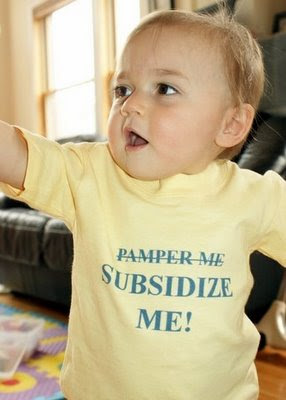 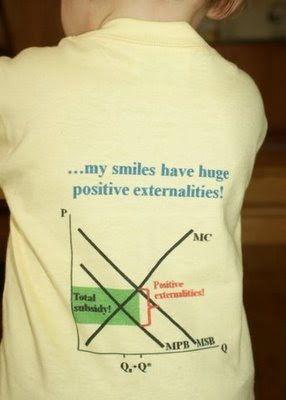 You better subside me if you don’t I drop my bum boom off on your head!

From Killer Smile
Posted by Young Sun Kim-Walker at 10:58 AM

Wow Paul Krugman is an all-knowing being! He must have terrible nightmares you can imagine all sort of un-knowing beings are dragging his blanket to share with his all-knowing nightmares! Nice nice to be a god! I bet he doesn’t know what he doesn’t know! So I made myself quick promotion as a god too! Am considering myself a god here after because I know everything except the things I don’t know! Make sure louder clear hit everyone heads with Vulcan hammer!
Posted by Young Sun Kim-Walker at 5:45 PM

Everyone ripoff these days, cool headed stylistic Hiede’s popularity reflects the current market trend, it is statistically minded, very much a sand castle in the sky. Her styles lead to catch the ultimate drop-dead-gorgeous-leafy- smelting cabernet the non-drinkers generosity!

Here another email from my inbox this morning, read:

Heidi is the proprietor of a bar in Berlin . In order to increase sales, she decides to allow her loyal customers - most of whom are unemployed alcoholics - to drink now but pay later.

She keeps track of the drinks consumed on a ledger (thereby granting the customers loans)] Word gets around and as a result increasing numbers of customers flood into Heidi's bar.

Taking advantage of her customers' freedom from immediate payment constraints, Heidi increases her prices for wine and beer, the most-consumed beverages. Her sales volume increases massively.

He sees no reason for undue concern since he has the debts of the alcoholics as collateral. At the bank's corporate headquarters, expert bankers transform these customer assets into DRINKBONDS, ALKBONDS and PUKEBONDS.

One day, although the prices are still climbing, a risk manager (subsequently of course fired due his negativity) of the bank decides that the time has come to demand payment of the debts incurred by the drinkers at Heidi's bar.

However they cannot pay back the debts.

DRINKBOND and ALKBOND drop in price by 95 %. PUKEBOND performs better, stabilizing in price after dropping by 80 %.

The suppliers of Heidi's bar, having granted her generous payment due dates and having invested in the securities are faced with a new situation. Her wine supplier claims bankruptcy, her beer supplier is taken over by a competitor.

The bank is saved by the Government following dramatic round-the-clock consultations by leaders from the governing political parties.

The funds required for this purpose are obtained by a tax levied on the non-drinkers.

A email circulation for the week start!
Gosh everyone teaches me how to make money! What a lucky monkey snake I am!
Every steps are my opportunity – making money, the first Chuck's lession as:

Young Chuck moved to Texas and bought a donkey from a farmer for $100.
The farmer agreed to deliver the donkey the next day.

The next day the farmer drove up and said, "Sorry Chuck, but I have some bad news. The donkey died.'"

Chuck replied, "Well then, just give me my money back."

The farmer said," 'Can't do that. I went and spent it already."

Chuck said, "OK, then, just bring me the dead donkey.."

The farmer asked, "What ya gonna do with a dead donkey?"

Chuck said, "I'm going to raffle him off."

The farmer said, "You can't raffle off a dead donkey!"

Chuck said, "Sure I can. Watch me. I just won't tell anybody he's dead."

A month later, the farmer met up with Chuck and asked, "What happened with that dead donkey?"

The farmer said, "Didn't anyone complain?"

Chuck said, "Just the guy who won. So I gave him his two dollars back."

Women’s work three or four times more then their men’ in most society, since dark cave. In my village or other part of Korea comes in my mind. I think there is very few countries, couple have the equal share of their domestic work, children upbringing…etc,. in Korea, currently most of couple working, but most of men’ work end when they step into their house, but woman still do the unpaid domestic work after their daily paid work, this is worst in farming villages. Some years back in Hong Kong, I saw large Filipino ladies were flocking in the airport and shopping malls on Sundays. Mostly of them were working at as domestic helpers in Hong Kong. Lots of jaw dropping and sad stories were hangs around shark pins’ soup nests. These ladies were mostly universities degree holders, that was the part of the condition they could get the job in the Hong Kong. Some of these women were mothers, children left behind their home years years. You can imagine children grow without their mother’s majestic shelters. What is life like to be in these circumstances? In Melbourne, a hair salon I have been going for few years. This lady who has been doing my hair is a feisty Thai, she left her two children Thailand and went Dubai for few years, and come to Australia herself for the job at first few years. She was so sad, her huge black deep eyes filled with tears when she spoke of her children and now she brought them to Australia and live together, all I can see her huge snowy teethed rejoices, her face is happy vortex of sunflower! This kind of story still goes on so many part of world, not only women but also men. Early 1980s some of the Korean men went Middle East for all sort of jobs. Pay was better then in Korea so they went for some lengthily years and send their salary to home. Korean, -- Korean are exporting everything you know! We sold our souls into every ports of world and cling cling cranes ! - Scoundrels were ripping some of these wives heart, soul and money, yes they were unfaithful to their husbands during their absence so the society condemned them, as unfaithful heated harlots! Fair enough! All about human saga that is why we are so lovable aren’t we? Anyway in my view, in a life we can’t have it all what we want, we sacrifice certain things for another. I think not many people have their cake and eat them too! I could love the life style as I am not have to work at all, unless I love to do something useful, you know what I mean? I could be a lazy slop in a vine in cool summer shade eating all the juicy silence, or I could spend all day spa, massage, and pedicure in my toes every seconded day, sunset in my door steps, listen my music painting blogging all day in naked, waiting for my lover comes home every weekend no problems! If I get deadly bored I could ring up bohemian vile-evil sharks and concoct true parody for meaning of life, construction our own alternate colony! Yes shameless romantic affirmation of Goethe, Hamlet or mythologies or dissect Parsifal. O yes these evils geniuses; Stalin Neo! The beauty and beast! Their irrefutable geniuses seductions! I won’t miss anything at all! What else I can do? O yes someone else can do for me my daily yoga so I am not have to do the painful universal twists and head standing but I can get all the “feel high”! IS this happy ME? That is also question! So upshot of all of this, why are you grumbling crying fatting up your ass in your good fortune in your supermarket trolley? You are born into a lucky counties because of your forebears, some of them are not! So take it easy your good fortune, little discomfort is the way of golden fries good for your soul, don’t become a pathologically original nagger, it is so short to waste is unnecessary aplomb dead night pizza grail, don’t despair self serviced brinkmanship of impressionism, no one forced to you breed, no one force to you fuck! You did it joyously! It was your choice. You could dump them to orphans! If you didn’t do you are not rollerblading your emotion for self initiative of exploration, less costly, the money and time you can spend yourself become a really selfish slob or radical self indulgence kids. You had the choices! Guess what whether you have expensive ornaments or not end of the day we all end up same place! Infallible Hooray!!!!!!!!!!
Posted by Young Sun Kim-Walker at 5:05 PM

The Man From Necropolises

WWOOWW, Gruesomely embellished Dionysian full scale assault, the man of season a with many facades! sad sack, deadly sober cobber, Medusa hooraying, voodoo buccaneer, goggling self-invaded self-hair splitters, etc., here is he laid out his fundamental role of his earthly life, the paragon of necropolises– chieftain earthly ware having feast of Etruscan cornflakes mixed with Roman elegy classical, neo-classical old and new Keynesian combo, pillared with the enduring dysfunctional house of economic and his slavery devotion on his clan! An establishment of his territorial stele! Well unmistakably yummy pecanpie template frazzle! Here, Krugman’s archeological priestly dismal and wonkish trail! The before yesterday he was a happy croc, yesterday he was a dull pot and today he is a sad sack, tomorrow he will be a scary snakes-head
Posted by Young Sun Kim-Walker at 6:33 PM