"South Africa's position in the world economy is much less significant than that of the other four .... China by far is the most important of the BRICS. Take China away and the BRICS are really deeply insignificant .... There's no doubt of the growing significance ... but let's not forget that the US economy alone constitutes about one-fifth of world GDP which is about the total of the five BRICS put together."
- Michael Cox, a professor of International Relations at the London School of Economics

"I think South Africa's inclusion in the BRIC nomenclature is all around the geopolitical calculation, it speaks to the importance of Africa vis-à-vis BRIC. Let me just to give you some trade numbers: 10 years ago trade between the BRIC and Africa was about $20bn. Today it is  $250bn and I think it was a geopolitical calculation more than anything else to include South Africa in that name ... It [South Africa] is coming in with a lot of noise but ultimately it's not as powerful as it once was ... they are no longer the gateway to Africa."
- Aly-Khan Satchu, a former investment banker specialising in emerging market financing 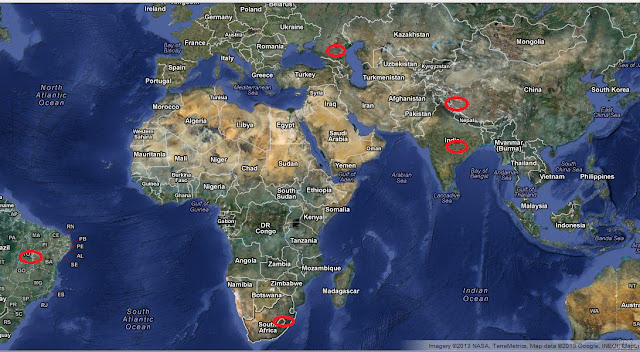