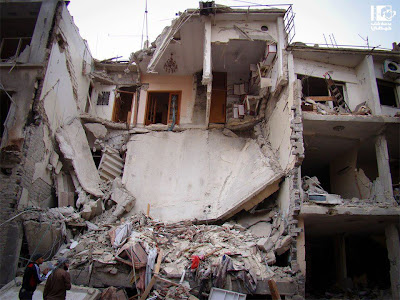 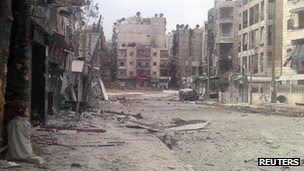 The United States said on Wednesday it had not supplied Stinger missiles to Syrian rebel forces and appeared to question intelligence from Moscow that the US-made surface-to-air missiles had made their way into the opposition's hands.
Stinger missiles would help bring down Syrian President Bashar al-Assad's warplanes and helicopters, which have bombed residential areas where rebels are hiding. More than 32,000people have been killed in the conflict.

But in contrast to the Libya crisis last year, the West has shown little appetite to arm the Syrian rebels, worried that weapons would fall into the hands of Islamic militants.
Russia's top military officer Nikolai Makarov, the general staff chief, said Russia's military had learned that rebel forces "have portable missile launchers of various states, including American-made Stingers."

U.S. Defense Secretary Leon Panetta told reporters at the Pentagon that "I certainly don't know of us providing any such missiles in that area."

"Nor will we," Nuland said. Asked about the possibility that Stingers reached the rebels through a third party, she said: "If the Russian Federation has evidence of Stingers in the hands of the opposition, we'd like to see it."

Opposition activist footage has shown rebels carrying surface-to-air missiles made by the former Soviet Union, but footage of Stingers has yet to appear. Last week, activists posted videos of what they said was a Syrian military helicopter spiraling to the ground and exploding in flames.

Stingers are among the types of shoulder-fired, surface-to-air missiles commonly referred to as MANPADs.

I mean so what? FSA revolutionary have MANPADs or  Stingers, HOORAY! GOOD LUCK TO THEM,  how could they defend themselves and Syrian people from fighter jets bombardment? By all mean if they had I am so very delighted by it! whose arguing Russia? Well they supply  arms they support terrorist Assad and his regime, remember a great majority support FSA revolutionary have  these stringer or MANPADs to  beat son of despots who born into  a chair?
Posted by Young Sun Kim-Walker at 12:11 AM