2011,  Egyptian people had enough of tyrant's rules and they went out and got for  their Egypt splendor of democracy to be fit for its  thousands of years of old glory. The amazing revolution at Tahrir, they were empowered, they were marveled of their desert storm on eye of world audience.  They bedazzled  to the world. The road was clear, it seemed their democracy was promised, whizzing buzzing their revolution ensured! To  the open road of prosperity at Nile River! The world applauded. They put their oppressor tyrant on  trail,  they showed and told the world how to make a perfect  revenge,  their enemy is locked up. 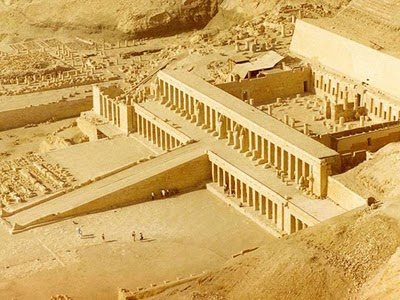 Their breathless thrilling performances attracted worldwide fan and they were superstars,  were very cool indeed! They were invincible, they build their democracy for the future for themselves  as their ancestors  built pyramid thousand year ago for past to the future. Then they were crowned themselves as the rulers of magnificent democracy and they hold an election and  gracefully choose their own servant  to serve them, gave him executive power to serve them nicely, it was all breathless speed,   they thought WOW, Egypt is going to be rich and free  within few months,  they thought they were exceptionally blessed by god, -- in fact too much blessed!, sometime need moderation for not to be chocked---
AND  they fold their hand, open their mind  for new aspiration, to their eyes on high and ears listened to their ground for their magic calling, open  their door and waited for the promised  golden prosperity-- one month went by not a magic call... another few months went by not a thing happen to their life---life still the same as olden days... still no jobs, not enough food for all,  then they were thinking and talking about their magic call, they could  not hear, could  not see,  could not feel  their democracy. Bloody Google  Facebook and Twitter democracy after all they grumbled... feel betrayed and robbed by....
They start to restless, we are cheated,  and start to getting angry and angry and ANGRY! Well, people talking...creeping words rumors,  around streets, vendor pipeline gossips plagues, they  spread around like windy epidemics,  wherever people gathering, and the opposition who lost the election to  Morsi and sunglasses military strong man  thought 'Aha!' What a great chance to us to firm grasp on people's heart and mind! So they ganged up and they schemed. Rumors are more persuasive and deliciously magical, underground whispering are hot fired  when things are not fair,  rumors hit fast,  emotional and uncontrollable! Wing of words, ears of walls are walking with immensity heated aroused....
So the schemers' rumors set the fire, put the gasoline in them to make explosive, "they steal my freedom they steal my Egypt!  Muslim Brotherhood helped themselves, they are Pharaohs of golliwogs, ...they are terrorists...,  they will terminate non-Muslim... they don;t know what they are doing...they try to hijack Egypt from us...they are demon of Egyptian,  not fair!"
Ordinary people listened and aroused,  the schemers lead,  they gritty to teeth and saying to themselves " Ok  teach them lesson, as they traitors of Egypt!  So one fine day, the butterfly minds they sang they marched,  went to the Tahirir again and  shouting shouting... Morsi gogoooog  gho...gooh...!  The sheep with wolf clothed military "O holy golly O my Me military dolly holy! We are in tyrant business again....coup! Move over,  you spring spouts democracy of Facebook, Google Twitters you did your due! What tanks are for? We get the power! Democracy is Facebook Twitter toddles oodles... we protect your spring match Twitter toddles,   bloody golden chance for military coup!" So end of the day, military strong man Sisi  in his dark-dinky  sun-glass vision, he consider the young marvels of revolutionaries are Twitter twiddles. Military tanks guns are  whizzing  buzzing! Still reins line as the Mubarak rein at the Nile! The Pharaohs thousand years Nile River dream still at turbulence desert sand storm, whizzing around the Spinx face!  Yet to blissful for spring blooms!
Aftermath, what is the negotiation for? Both side they have to negotiate but if or when they negotiated that mean both of them  give up their power, one is legitimate one is illegitimate!  And ordinary people between middle are all confused!  Egyptian democracy behold its breath for the Pharaohs' dream for next five thousand years? Any civilization should be services to the people!

Posted by Young Sun Kim-Walker at 3:35 AM