Bit of loud laugh!
Posted by Young Sun Kim-Walker at 2:27 AM

Posted by Young Sun Kim-Walker at 4:33 AM

Thinking of the morbid Korean ship sinking and so many children were buried the heartless sea,  mothers and fathers’ traitorous agony,  lost their heart at the sea, their  unbearable lonesome bloody wails torn between silence horizon and surly are waking up for some collective Korean consciousness. Should ask themselves,  the economic power can not only provide a maturity of democracy while people safety issue so primitive and   still officials’ rotten briberies  are deep seated social order as acceptable  cosy foundation and  aisle of safety net both business and officials expenses of the people’s life. Wonder how could they waste so much time for not doing anything until too later. Some years back when Australia introduce Work Places Safety Act that was weighty mighty stiff stuff,  now every Australian own work place safety, can not afford not safe because all the people so well knowledge of what is not safe in their work place and simply it is habits. Like brash your teeth and gargles.  But you can imagine the country as whole how much economic benefit from the work places safety,  that is smart thinking. The smart country they invest people and looking after their people wellness first and then ask them work and play hard and then demand pay tax hard. That is why the smart country mentality mandatory of work place safety…save money increase tax revenue.  I am bit cynical and nasty in here about the smart government of scheming increase its tax revenue by safety workplace act. If has mandated rigorous work places safety act like all these precious teenager lives are not buried dark cold sea. Economic power only can not take you where ever you want to be but healthy happy society is propers prosper and it can take you where you want to be! Also Korean suicide rate is one of the highest among OECD countries. Wonder why? I know why!
Posted by Young Sun Kim-Walker at 8:21 AM


You like this? I bet you felling in love this!!!... a sheer of natural poem,  look at the peoples’ face, their expressions wondrous amazement that made a splendour ensemble. Tears of joy moved that make people less evil… music make people less evil, then why Hitler was such evil?  It is a good question, probably these evils are justified their evilness through music…  anything can be happen in tales of people... Look at the girl lamp post that is me!!
Posted by Young Sun Kim-Walker at 5:52 PM

But I love it very...ha ha...ha ...much ..toothless discoed accordion  bit longer drags on G sharp minor would have been much fun…

Posted by Young Sun Kim-Walker at 3:58 AM


A guy lay on black forest
I am a caveman from wire!  He says
Silence strike into iron frost
Everyone wisher to shadows only
Why this guy plying on fire?
His fingertips are on fire...dazzling on fire
Crazy zealous on frozen hair
Some has to play on fire and
Someone has to call firemen too
Before people consumed their own fire
They have to burn to alive

I am indulgencing myself, nice pieces, you know soul food , music is soul food you can eat all day all night enrich your life, how so  many difference interpretation…  immense possibilities

Posted by Young Sun Kim-Walker at 3:41 AM

Happy Lullaby to Everyone


O man what a wonderful things you are doing? What a happy lullaby to everyone, too familiar you don’t even give a hoot but remember this make us to touch our reality and feel for, gosh I forget this  for long time!
Posted by Young Sun Kim-Walker at 11:21 PM


Sire the sky
Gully enfolds its height
Tale of bruised season
Red, purple blue and golden colours
Fortitude rhyme,  tearful confession
As written all over its nobility
They are  proof of magnificence ordeal

Ok this is  good, an old blanket, nice to have smell of old things bit of  feel old things, I bought lots of new seasone apples... all but good!
Posted by Young Sun Kim-Walker at 3:01 AM

I found a clip amzing view with this music  so I am listening. Pretty old but nice... 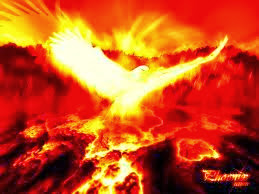 By the way I had a dream, bizarre bizarre,   something like the image...it may not, I am searching for images that  more matched my dreams,  at a river bank, I am wringing poem about it, a  first draft, I will post my website soon. Wow lot of fat people running tracks...

Anyway, I just went out for run, all of sudden this incredible gust blow, bit of strange, was almost blown off - half way through I had to  return back, because I didn’t any dust come to my eyes, not that   I was coward, so half-back run today!   Do you think I should go out run again this evening or just for a relax today?

I think you are laughing at me I say happy happy new year! You see a great to start New Year for laughing!
Posted by Young Sun Kim-Walker at 5:55 PM