Father Paolo Dall’Oglio Must Be Free!

Here is a confusing news regarding Father Paolo  from here 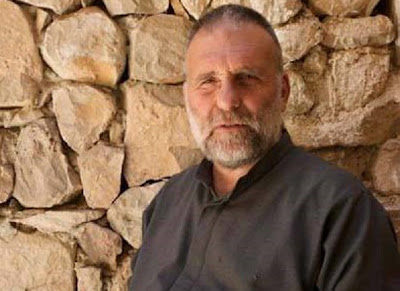 
A Jesuit missionary who was abducted in northeastern Syria in July has been killed, according to one of the country's most prominent rebel activists.

Lama al-Atassi, secretary general for the Syrian National Front, wrote on her Facebook page that Italian priest Paolo Dall'Oglio, 59, has been executed.

"It's with deep sorrow that I inform you that I was told by a reliable source that father Paolo has been executed. May God have mercy of his soul," she wrote.

The Italian foreign ministry said it has no intelligence to confirm the claim.

Syrian opposition activist Salam Kawakibi, deputy director at Arab Reform Initiative, told Italian news agency ANSA that, according to a "reliable source" from a "revolutionary group" in ar-Raqqah, Father Dall'Oglio is still alive and is still held as a "guest" by ISIS fighters.

Father Paolo must be free! Whoever took him as a hostage is utterly wrong immense injustice to their own undoing. He is nothing but goodness for every Syrian  for everyone  regardless their religion.  People like him incorruptible, we can see him for our own goodness as we may forget to midst from nowhere at wildness,  sake of humanity we need people like father Paolo more around us! Please let him go free, hold him is against your own goodness!

Posted by Young Sun Kim-Walker at 2:13 AM