Name of the Merciful God.


Statement of the General staff of the Syrian military andrevolutionary: 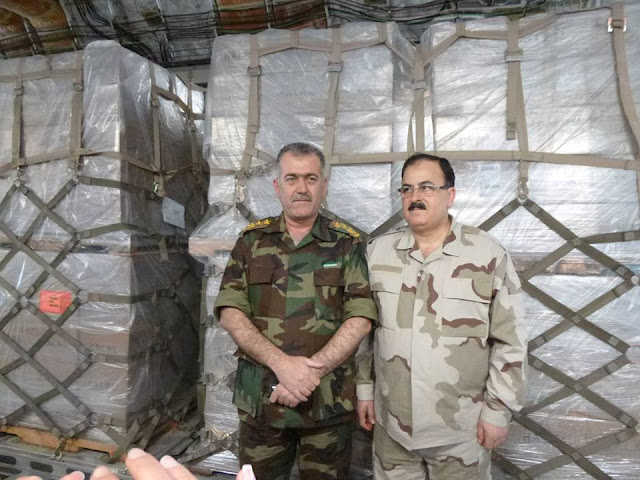 Colonel Abdul Jabbar  and  John brother Abdelkader  their united front is a good example of MMI leaders who share their fighters through thick and thin and stand on the fronts of Mujahedeen as heroes.

We in general staff salute to the FSA leaders, their courageous,  proud struggle,  their quality of nobility and courage, accomplish their mission through  practical application, we also know that they are willing  sacrifice thier life  for the God and the Country.
Major General Dr. Salim Omar Idris
Chief of general staff of the Syrian military and revolutionary forces

Note of warning: I translated the above whiteout warranty of accuracy, accuracy is important so you should translated yourself  for your own accurate information please see here!

But I sure you one thing clearly says  that  the Revolutionary  FSA united, they determine  to unite as they know that that is the one of  most important ingredient of wining...War is war! I must say many of Revolutionary FSA leaders are very charismatic,  Colonel Jabbar is one of them...

Update: criminal gory Assad very fear of united front of the Revolutionary et al, so one of his tactic was try  very hard to divide and conquer... etc. his gangs are penetrated into the Rebel etc... so the Rebels make sure not let this happen again... Unite to the Victory!