This is only solution for long term peace in middles east. 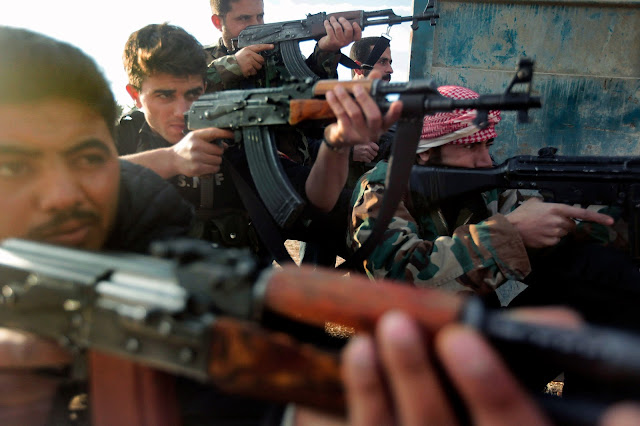 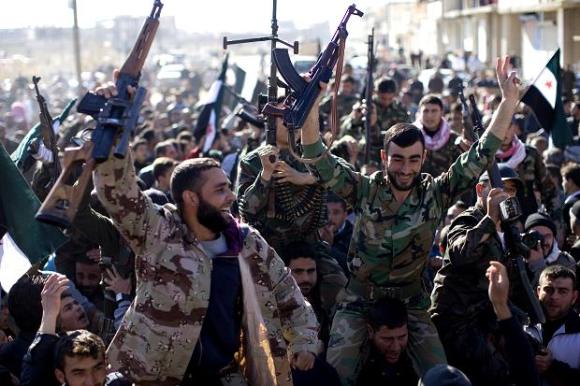 Arming FSA will brings balance of power on the ground, only that way criminal Assad willing to talk, unless that, why should he talk? Only that way two parties sit together able to talk, then able to any settlement if they have any. This is very personal war for FSA revolutionary, this conflict was begin with popular uprising,  large population under suppression, majority who are poor regardless  alawite or  Sunnies, result of 40 years of Assad family rules,  Assad family sacrificed majority  to the minority for sustain its rules regardless religions, all these top elites were left from Syria with their money,  the ordinary people who could not afford to flee,  were slaughtered, internal and externally displaced. The popular uprising turn into bloody battles, - turn into sectarian battles - criminal Assad see the only opportunity his may win this battle by evoke sectarian, so  unless one party defeat the other the battle will not stop, then we ask  questions,  of whether; 1)  the monitory minority sacrificed to the  majority or the other way around, 2) What outcome we want? In my view, when arming FSA Revolutionary will be neutralized the radicals on the ground and will be hold balance of power for negotiations.