Why Sex Sells Everything?


How and Why Sex Sells 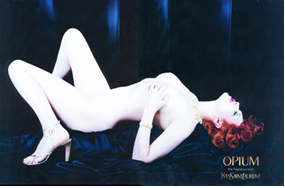 …
When we define sexuality, we can look at it from a biological, emotional/physical or spiritual point of view (www.media-awareness.ca, 2005).  Sex is a reproductive mechanism and it is a basic biological drive that exists in all species (Price, 2002).  Emotional or physical sex represents a bond between two individuals and it is an expression of profound emotional feelings.  It is a physical manifestation of emotions of love, trust and caring (www.media-awareness.ca, 2005).  Spiritual sex on the other hand, is an expression of inner human spiritual life; it is an ethereal, unearthly connection between two individuals (ibid).

Courtney and Whipple (1983, p.103) described sex in advertising as sexuality in the form of nudity, sexual imagery, innuendo and double entendre…employed as an advertising tool for a wide variety of products.  They state that sex in advertising can be considered mediated messages (i.e. Television commercials, magazine ads) containing sexual information with the persuasive purpose of selling branded goods.  Advertising is commonly defined as any paid-for mass-media communication (Brierley, 2002, p.2).

When sexuality is used in advertising, certain values and attitudes towards sex are being ‘sold’ to consumers along with products.  Historically, the trend in advertising has been to eroticise women more often than men (Reichert, 2002).   According to Reichert (2003, p.29), sex in advertising has been the motivation for increased consumer interest and sales, for example, W. Duke & Sons inserted trading cards into cigarette packs that featured sexually provocative starlets to increase sales in 1885.  Duke grew to become the leading cigarette brand by 1890.